Though the Expo Line lawsuits seem to have come to an end, bicycle advocates are concerned about bike trails in Cheviot Hills, reports LAStreetsblog.org publisher Damien Newton.

Thought LADOT and federal authorities and "Northvale 7" reached a settlement last year, cyclists are worried about access to the path.

The Westside Neighborhood Council and Council District 5, currently represented by Paul Koretz, will be provided with a presentation and a chance to weigh in on whether or not there should be an entrance to the bike path at Northvale and Dunleer Drive and whether or not the access should be 24 hours.

Damien reported Cheviot Hills has a 20-year history of blocking access to public rights-of-way and cited the often locked Dunleer Footbridge as an example. The bridge, operated by the Cheviot Hills Homeowners’ Association, connects Cheviot Hills to Palms Park at Overland and National.

The predicted opening of the Expo Phase II Bicycle Path is summer 2015.

The picture does indicate that the gate was locked on one particular day but we should be careful to infer whether it says more than that. I know many people who use that gate to get to and from the park and I have not heard about issues with it being locked. I'd love to hear from other folks here about whether they have found the gate locked when the path should be open.

The locked gate in the picture says a lot. 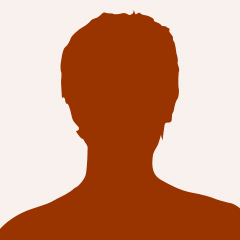 Thanks for getting back to me. This is a hot issue for many and while we can agree or disagree on the path we ultimately take, facts are important and we need to hold each other accountable for what we say online, in print, on the radio and at our meetings. You provide a great service with your online news for our community. The WNC provides a touchstone to the City for our stakeholders. Our local HOAs listen to what their stakeholders want and try to represent them. We all are trying to make our community better I for one would like to see more communication and cooperation with all groups. Thanks for responding!

Lisa, thank you for the clarification, as well as explaining the issue more fully.

Just for clarification the Westside Neighborhood Council heard from the LA Bike Coalition and Jay Greenstein regarding the study of a floating bike lane for Westwood and took no position because the Council Office said it is off the table at this time.

I was present at this meeting and while we all are entitled to our own opinions, I disagree with the statement in this article, "A writer for Rancho Park Online who described the Council as unreceptive to even studying a floating bike lane program for Westwood."

We listened to many LA bike coalition folks who made the effort to come to our meeting and we listened to Jay Greenstein say the Councilman may review this option at a later time. We took no position and we kept all doors open....not sure where you get unreceptive from that.