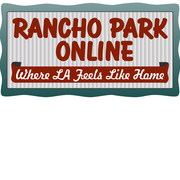 Export to Outlook or iCal (.ics)

September 27, 2012 – The performance space at Le Lycee Francais de Los Angeles, Theatre Raymond Kabbaz in partnership with the Alliance Française of Los Angeles is pleased to bring Les Lutins du Court-Métrage 2012 to Los Angeles as part of its public performing arts series for a presentation of a selection of the best French Short films of the year with English subtitles. There will be complimentary wine & cheese at intermission. Tickets are $15 or $10 for students. Tickets are available at http://bit.ly/cMAzTT.

Since 1998, the Lutins du Court-Métrage (Leprechauns of the Short Film) has been working to promote and disseminate French short films to a wider audience. More than 2,000 cinema professionals vote in a format inspired by the Césars (the Oscars of France) to determine the 25 best short films of the year, thereby bestowing upon them a mark of excellence. Supported by numerous partners, including the French Ministry of Culture, the French National Center of Cinematography (CNC), the mayor’s office of Paris, and the French National Theater of Chaillot, the Leprechauns of the short film participate in the discovery of young directors, actors and actresses who will be making the films of tomorrow. The Leprechauns, or, as they are known in French, les Lutins, have participated in the emergence of such filmmakers as François Ozon, and actors such as Jérémie Rénier, Ludivine Sagnier, Sylvie Testud and more.

Today, the Leprechauns strive to make young talents known in France and worldwide through a cinematic tour de France, so to speak, during which the best short films of the year are shown in cinemas and overseas spaces.