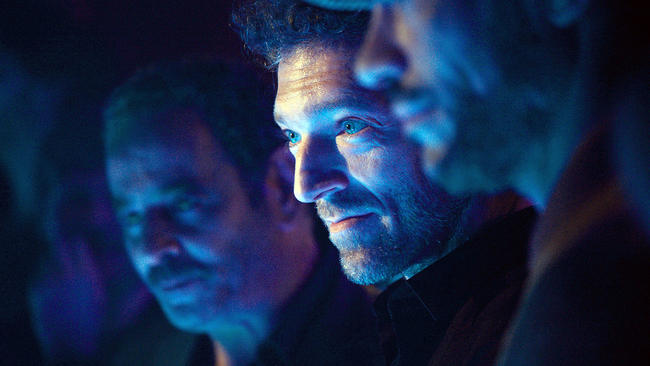 by Sheri Linden
Vincent Cassel in the movie "My King." (Film Movement)

Filmmaker Maïwenn has an eye for messy behavior and emotional blind spots. Where her ensemble piece “Polisse” explored the interplay of work and home life — and their disconnect — her new feature zeros in on romance.

From tantalizing seduction to fraught legal negotiations, “My King” is a Rorschach-test anatomy of a tempestuous marriage. The central couple’s ups and downs may grow tiresome, but the characters, powerfully realized by Emmanuelle Bercot and an especially riveting Vincent Cassel, never do.

Cassel plays irrepressible restaurateur Georgio, a party boy whose hypnotic charisma leaves no question why attorney Tony (Bercot) is entranced from the get-go. Their first post-coital conversation takes the attentive-lover archetype to new territory. Georgio wields his intensity as a compensatory promise against his eventual, chronic absence. It’s a form of insurance that grows less effective over time.

Maïwenn and co-writer Etienne Comar structure the film as a memory piece, moving between Tony’s recollections of the relationship and her spiritual/physical rehabilitation after a skiing injury. The latter framing device is as dramatically thin as it is thematically obvious. But despite this and the dwindling dramatic spark of repetitious fights and rapprochements, the actors wrestle passionately with compelling questions about attraction and love.

Shaking off his screen history of broody cads, Louis Garrel injects welcome comic energy into this study of amour fou, delivering exasperated asides as Tony’s brother. It’s easy to see through Georgio’s charms like he does. But that doesn’t make it easy to look away.

In French with English subtitles.