Last week an accident on the corner of Overland and Esther led to a car landing on its side on the sidewalk. Some residents feel Expo Line construction, specifically the the loss of a curbside parking lane along Overland may be partly responsible for the crash. 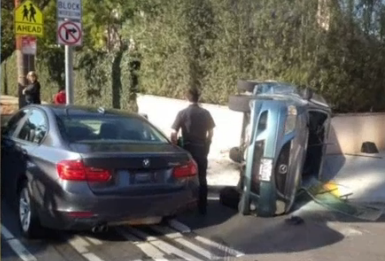 NBC 4 spoke to parents at Overland Elementary School about the their safety concerns. According the the… Nordstrom announced yesterday that after 30 years in the area, they are leaving their anchor location at the West Side Pavillion and moving to Westfield's Century City mall, which is nearly…

In what may be a first for a child-focused business, Rancho Park music school Toddle Tunes announced on Tuesday evening that unvaccinated children will no longer be permitted to attend classes, unless they have a medical reason for not being vaccinated. Calling the health and safety of students, infants and pregnant mothers their number one priority, the company posted the following statement on their Facebook page:… 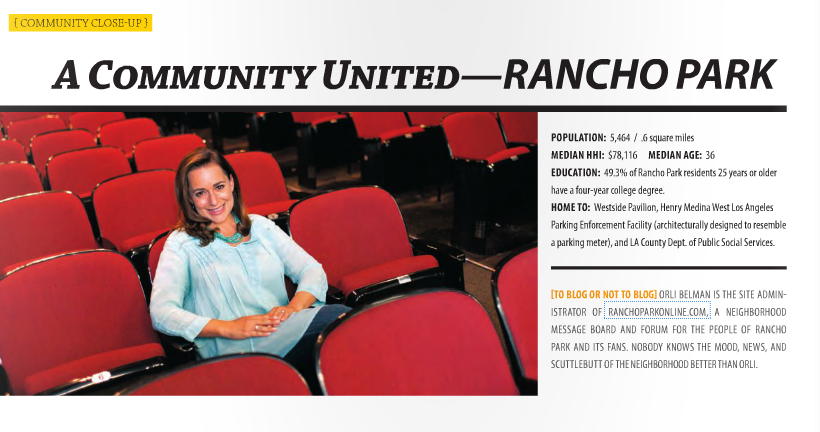 Celebrating 70 years of service, the West LA Chamber of Commerce has released their 2015 Business Directory and Community Guide.

Thepublication, available in hard copy and online, is…

If you don't know the location of your polling place, you can look it up here. 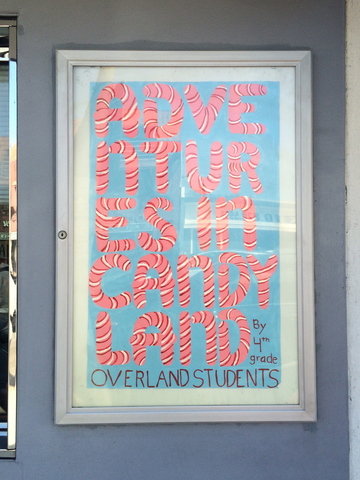 Saturday, November 1 marks the sold-out world premiere of "Adventures in Candyland", a  sugary saga written, performed and produced by a group of students from Overland Avenue Elementary School.

The delicious drama features friends on a journey, goblins up to no good, and royalty in peril.

Join us for a Night of Great Food, Friends, Family and Fundraising

Who: Everyone is welcome.

What: Support the  Los Angeles Center for Enriched Studies (LACES is an LAUSD public middle and high school) while you and your family enjoy delicious artisan pizzas, fresh chopped salads made with locally grown ingredients, fantastic pasta and paninis!

Watch Willy Wonka Under the Stars Tonight at Palms Park

Join your friends and neighbors for a night time screening of Charlie and the Chocolate Factory.

No charge for attending. Bring your own chairs and blankets. Popcorn and candy can be purchased.

Head to Cheviot Hills Park on this Fourth of July to for a low-key, crowd-free celebration courtesy of the Hillcrest Country Club. You may have to be a member to golf there but the club's annual fireworks display lights up the Rancho Park sky for all to see. The best seats in the house are free - across the street at Cheviot Hills Park on Motor Ave, just south of Pico.

The fireworks begin at 9:00 pm but the fun starts earlier. You can bring picnics, blankets, sports equipment…

The Mayor will be in Mar Vista tonight to discuss his "Back to Basics" agenda. Here are the details and a form to RSVP. If anyone goes, please post an update here.

Top Sawtelle Restaurants According to the Los Angeles Times

We've been spending a lot of time on Sawtelle Blvd recently. It's walking distance, buzzing at night and emerging as one of LA's best dining streets. I still have yet to get a table at the no-take out Tsujita or the Tsujita Annex. And judging by where they rank on this Los Angeles…

Residents Near Expo Line are Driving Less and Exercising More

Since the Expo Line opened, people who live within a half mile of a station are driving 10 - 12  fewer miles each day, according to a new USC study looking at before and after impacts of the light rail line.

Among the report’s findings:

• Residents living near Expo Line stations produced about 30 percent less carbon emissions from their vehicles after the opening of the rail line than did residents living farther from the stations.

• Those living near the Expo Line…