The Mayor will be in Mar Vista tonight to discuss his "Back to Basics" agenda. Here are the details and a form to RSVP. If anyone goes, please post an update here.

Top Sawtelle Restaurants According to the Los Angeles Times

We've been spending a lot of time on Sawtelle Blvd recently. It's walking distance, buzzing at night and emerging as one of LA's best dining streets. I still have yet to get a table at the no-take out Tsujita or the Tsujita Annex. And judging by where they rank on this Los Angeles…

Just saw today that the old Boston Market space across from Westside Pavilion is going to be an Einstein Brothers Bagels opening on Jan 6th it looks like.

Residents Near Expo Line are Driving Less and Exercising More

Since the Expo Line opened, people who live within a half mile of a station are driving 10 - 12  fewer miles each day, according to a new USC study looking at before and after impacts of the light rail line.

Among the report’s findings:

• Residents living near Expo Line stations produced about 30 percent less carbon emissions from their vehicles after the opening of the rail line than did residents living farther from the stations.

• Those living near the Expo Line…

Noodles Anyone? Check out these West LA Ramen Recommendations

I don't usually think of car companies for food reviews but General Motors is getting into the content creation craze and has put together this list of West Los Angeles ramen restaurants that has me wanting some warm noodles on this relatively cool fall day. I'm at work so I don't have a Pho-to (get it? Pho!) of any noodles to add but if anyone is in the…

Rancho Park's skies are home to a great fireworks show thanks to our neighbors at the Hillcrest Country Club. Launch time is 9:00 pm but the lawns and fields at  the across the street Cheviot Hills/Rancho Park are open for kickball, frisbee, picnics and family fun. Rancho Park residents, where will you be this Fourth of July?… 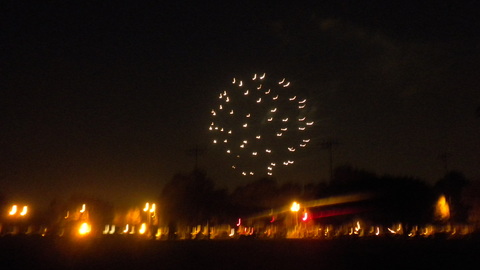 Palms Park will be showing free movies under the stars this summer. The fun, sponsored by the Westside Neighborhood Council, begins Wednesday, June 26 with Despicable Me beginning at dusk (8-8:30 pm).

Bring blankets and chairs. Popcorn, hot chocolate and candy can be purchased.

The LAPD has issued the following traffic information for President Obama's visit to West LA and Santa Monica today. Here are the areas to avoid: 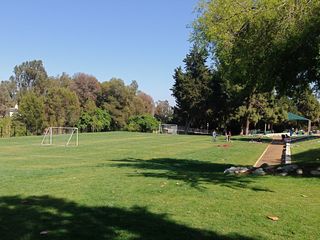 Palms Park, nestled between the Palms Rec Center and Library on Overland and the under-construction tracks of the Expo Line, has been closed for months and months and months, walled off behind forbidding fences. Last week, it opened again in a discreet…

This Memorial Day weekend, local Rancho Park brownie troops joined with other area Girl and Boy Scouts to honor those who served our country by participating  in a flag planting ceremony at the Los Angeles National Cemetary in Westwood.… 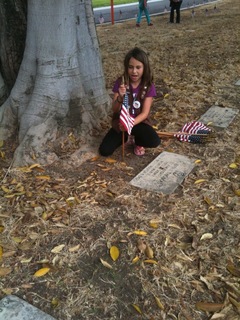 Your duty as a citizen -- pick your shade of grey

Tomorrow's election day. We've been bombarded with mail and tv, millions of dollars worth, and it still seems to me (and I usually try to follow these things) about very few tangible effects for the neighborhoods.(Interestingly, almost all the millions on the mayoral campaign have come from our neighbors on the westside.) The differences between the mayoral candidates are…

New Blood at Saint Johns - and Some May Have Been Spilled

It's located in Santa Monica but it's a big hospital Rancho Park adjacent, and it's just undergone a total architectural overhaul largely funded by Patrick Soon Shiong, an LA billionaire with an amazing background. (Briefly: Chinese parents, born in South Africa, educated in Canada, became a surgeon in LA, got UCLA professorship, resigned UCLA professorship to found startup which exploded, now may be richest man in town, …

Westwood Blvd has been designated a backbone of the LA 2010 Bike Plan Network and targeted for the extension of now fragmentary bike lanes.

The many cyclists who ride this corridor everyday, along with those would-be cyclists who have been afraid to get out there under current conditions, have welcomed this news.  The stretch between Santa Monica and Pico presents particularly dangerous conditions for cyclists as now configured.  This…

The utilities in the Cheviot / Rancho area are old and outdated resulting in outages like we had earlier this week.  A whole house serge protector provided by DWP will prevent electrical panel burn outs caused during incidents like the one this week.  DWP will install a protector when the power enters your home.   The added charge is around $3.99 a month extra.  Our oven panel burned out several times and the appliance repair company recommended a house surge protector. .  We haven't had…

Some in Rancho Park Still Without Power! Others Left with Damaged Appliances, Water Heaters and More

Following the very exciting 4:30am power surge(s) yesterday, some folks in our neighborhood are still without power. DWP trucks were parked along Veteran at Brookhaven this morning, presumably working on the problem.  Neighbors report varying degrees of damage ranging from fried tankless water heaters and microwaves, to non-functioning outlets and fritzed-out X-boxes.  In our house a number of bulbs blew out, outlets fried, and appliances are malfunctioning (including our bedroom ceiling fan…

Updating my earlier post to note that over 3500 customers in the Rancho Park, Cheviot Hills and Palms area are affected. Are you one of them?